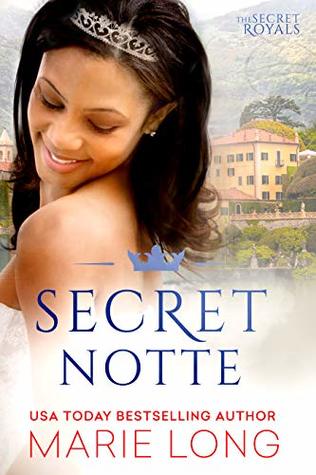 Add it To Your Goodreads
Buy it on Amazon

Blurb:
In celebration of her newly acquired Fine Arts degree from the University of South Carolina, twenty-two-year-old Claudia Gray takes the vacation of a lifetime to the exclusive country of Bellacigna, which the media has recently deemed the newest, hottest tourist spot in Europe. Claudia takes in the country’s beautiful scenery while also working on enhancing her job portfolio. But an accident during an evening outing brings Claudia’s celebrations to a halt, and a stranger’s selfless gesture adds a new level of flavor to her Bellacignan experience. Twenty-four-year-old Stefano Trevisani, future Duke of Cittàcigni by day and the hottest Bellacignan deejay sensation by night, is swept up in the woman he saved, but realizes there is something familiar about her that he recalls from the past. Stefano wants to get close to Claudia, but she believes their lifestyles are too different for a relationship to ever work. But the more time she spends with him, the more she begins to second-guess those feelings. Will Claudia return to her familiar, safe, and secure lifestyle back home? Or will she decide to give a relationship with Stefano a chance? This book was formerly published in the Royals of Monterra Kindle World. This is a new, updated/edited version and has no connection with the Royals of Monterra world. 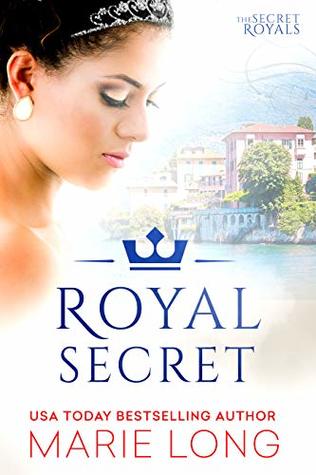 Add it to Your Goodreads
Buy it on Amazon

Blurb:
A BWWM Romance Twenty-three-year-old Trina Mauer never thought she would be lucky enough to win a vacation to the beautiful and luxurious country of Bellacigna. But luck is not the only thing that finds her—so does her love of music and the interest of a cute drummer in a popular jazz band. Twenty-three-year-old Samuele Trevisani aspires for his band to get noticed and signed for a professional deal. But balancing life as a musician and his responsibilities as a Trevisani royal can be difficult at times, especially when a certain attractive bassist catches his eye. Because she shares his interests in music, Samuele thinks Trina would be a perfect addition to his band—and an even more perfect girl he would love to get to know—but first, he needs to convince her to stay in Bellacigna.
Review + Rating
Series Rating: 3 and a half out of five stars
Book one: Secret Notte—a story of a woman on a self-imposed artist’s retreat, falls quickly and heedlessly in love with the future Duke of a beautiful country of Bellacigna.

This novel is pretty straightforward. Claudia has just acquired her fine arts degree and in celebration of that takes a vacation in Bellacigna an up and coming country known for its lush lands, and budding tourists spots.

Stefano Trevisani, future Duke by day, unknown DJ by night by happenstances meets Claudia by a slight freak accident and it’s in this meeting that he realizes there’s more to her than meets the eye.

It’s your typical romance with the same inner workings just without the sex—which is no big thing. The story works without it—for all you freaks out there. LOL.

Claudia and Stefano play a quick-ish game of cat and mouse for about half of the book and slowly meld together for the later half—allowing the reader a swift happily ever after, that leaves little to question.

Book Two: Instant attraction is fine, and insta-love can be fine as well, as long as the love is less love and more strong like. Love moved in a little too quickly in the second part of this series—and instead of simply ignoring it, this time, it rubbed me the wrong way.

Book number two is pretty much the same. However, the insta-love just did not work for me here. There was not enough buildup or time spent between the characters before declarations of love were shared.

However, you get what you expect—chance meetings, flirtatious conversations, hot kisses, and a nicely wrapped up HEA.

The musical connection between the main characters is the saving grace--it gave the character's relationship a depth I found lacking throughout.

The author is pretty good at giving us this type of story—one that’s quick and to the point with a  nicely wrapped ending. This was not my favorite of hers, but I wouldn't call it the worst.

Recommended for those that like their love quick and royal.
at January 15, 2019