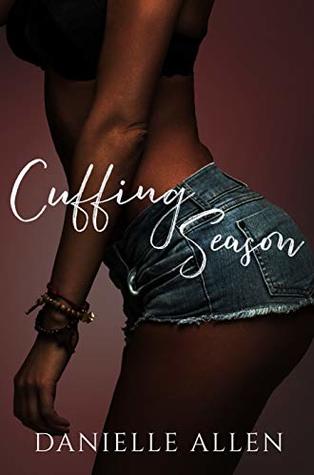 I wasn’t looking for a man. I was looking for a mentor. When renowned photographer Luca Romano returned home to teach a Photo Storytelling workshop, Hamilton University was buzzing. But a campus wide email warned us not to approach Luca if we weren’t selected to participate—and I wasn’t selected. I wasn’t looking to break the rules. I was looking to break into the industry. I knew getting photographed by Luca Romano would catapult my career. I hoped he’d call, but I had no expectations. I wanted to converse with him, pick his brain, expand my portfolio. That’s all. Listen… I wasn’t looking to be his muse. But I wasn’t going to tell him no. ** Cuffing Season is a standalone spin-off of Sweatpants Season **


Coming off the high of Sweatpants Season, my expectations for Cuffing Season were high, unfortunately, they were not met.

Serena is a talented, fashion-designer with an eye for beauty. She works hard and she doesn’t waste a lot of her time dating. A chance encounter allows her to meet and sit with Luca Romano, the hot photographer with even hotter talent. Rumors swirl and threaten everything Serena’s worked for, and what we're left with, as a result, is a novel oppressed by a message bigger than the story, and a couple whose connection wasn't strong enough to carry them for a full novel.

I’m all about women, girl power, and smashing double standards—but this novel beat me over the head with its message of policing women’s bodies, and women being allowed to exert sexuality without being seen as a slut, so hard I walked away no more knowledgeable, a little bit overwhelmed and with a figurative black eye.

Don’t get me wrong it’s well-written. Talent is not in question but this book focuses more on the outcome of slut-shaming and would’ve been a better ally in the fight by allowing the characters to do more than gently combat it.

Serena tried, but we're then tossed into her relationship with Luca and the focus switches there, while the rest gets lost, at least for a little while. The author makes good on swinging the story back around and ending it in a victorious sort of way. One that should leave you feeling accomplished but instead left me feeling like more could have been done. But I digress.

The romance here was satisfactory-ish but juvenile. There was a lot of playful back and forth but not much depth could be found.

I wanted to root for this story and its characters but I couldn't fall for Luca or get to know Serena in a way I would have liked.

Not to mention if I have to hear, “Honestly? Always,” again, I might have a knee jerk reaction to punch someone in the throat.

I like Danielle’s work but this was a bit of a let down in comparison to Sweatpants Season--not to compare the two—but it’s what led me to try this book.

I wouldn’t recommend this one unless you’re really interested in hearing Serena and Luca’s story, or if you’re ready to settle in for what felt like a book long rant on women’s sexual inequality.
at January 21, 2019