Falling For A Black Billionaire by Bianca 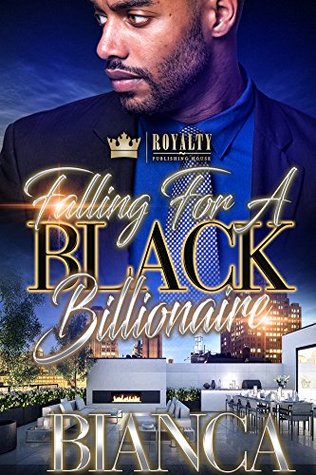 Falling For a Black Billionaire by Bianca
Add to Your Goodreads
Buy it on Amazon
Blurb:
Kriss: I hated rich men. They are all arrogant and think you are supposed to bow down to them. Until I was accosted by Travis. Travis Spencer III: Handsome, extremely wealthy, and very smart. He dates women that are extremely beautiful and equally as rich, and I am way out of his league. Our one night together was a complete mistake. Travis: I promised my family that I would leave the younger ladies alone, but then I ran into Kriss. Kriss was everything I never knew I needed. How dare she thinks that we are non-compatible? After our one night together, I wanted more and I was going to get it... by any means necessary.

Review + Rating
3 out of 5 stars
There's a way to write insta-love to both pull the reader in and convince them--that despite the short length of the relationship, that the love is real.

This is a hard task.

This novel is an insta-love story, no doubt about it, and while, it didn't lack speed, passion, and sex--it lacked depth.

There's a lot that happens in the beginning, the initial meeting, the sex, and the declarations of like, which quickly led to love.

I didn't have many gripes about the characters themselves, as I've read many novels with the same types.

Travis is a billionaire, who is used to having women flock to him in droves. His attitude is demanding and entitled--not unlike many billionaires in romance novels.

Kriss was smart-mouthed, outspoken, and had little to no filter, but was educated--and just looking for a job so she could leave her current job at a bar that caters to the rich.

This is where she meets Travis--well not before she walks over his car, on the way to visit her father.

Their first real encounter is like a head-on collision, dramatic and fast.

I didn't particularly like, Travis' initial reactions or articulated impressions of Kriss.

He refers to hear as a ghetto, loud, big-haired, and proceeds to want to tame her, "black ass." All of which rubbed me the wrong way.

Not to mention Kriss' description of her physical appearance, she goes on to describe her appearance in unnecessarily verbose detail. She explains the length of her hair as being attributed to not being "fully black," and I cannot tell you how much this grinds my gears. Especially coming from us.

Aside from that my only other complaints were the lack of depth mentioned before, the novel could've benefited from being lengthier. AND the over-explaining. Show don't always tell.

It makes sections of the novel cumbersome.

The novel is pretty decent. It has characters that you can find yourself invested and interested in--despite the overall flaws.

While I would've liked more emotion, I was satisfied with the story in general.

I won't be climbing to the tops of any mountains to shout about it, but I would recommend it to readers who love romance, and the billionaire trope.

Just don't expect too much emotion out of it.