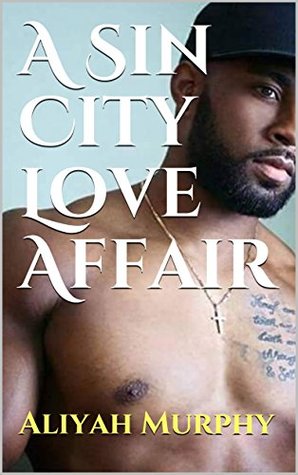 A Sin City Love Affair by Aliyah Murphy
Add to Your Goodreads
Buy it on Amazon
Blurb:
They say the truth will set you free, but the truth could cost her everything...

Cherry Turner had a plan—a blueprint, for how she wanted to build her life.
Cherry's plans included Lorenzo, the love of her life, but when he betrays her by marrying another woman, she turns to Quincy to help heal her broken heart.
Lorenzo Washington is a smooth-talking professional baller who can have any woman he wants. Now that his marriage is on the rocks after less than a year, Lorenzo realizes Cherry still holds the keys to his heart and sets out on a mission to win her back once and for all.
When Lorenzo re-enters the picture, Cherry finds herself torn between two men and weaves a tangled web of lies and deceit as she starts living a wildly addictive double-life—one that ends up creating a dangerous love triangle. As passions mount and emotions spin out of control, it becomes clear that one of the parties involved is playing a deadly high-stakes game of all or nothing; and Cherry is left wondering how she ever thought she could walk away from the mess she made unscathed.

Let's just get right to it.

Cherry is with Quincy now. He cherishes her the way she needs to be. He does everything right--makes sure she's happy and taken care of. He's perfect, even if it's boring her to death.

Lorenzo--was once the love of her life--but with the passion came a lot of crazy and heartbreak. Now he's married to someone else, and he's singing a different tune. He wants her back--in the worse way, even though he's technically still married.

*Cheater trigger warning* I know some readers really hate cheating. BUT, there's only one real mutual episode of cheating, kind of. I don't know, you be the judge. Just be forewarned.

What I liked: Reunited lovers. I always like the stories that allow for past lovers to reconcile and get back together.

Redemption: I like when past lovers who have done wrong, can redeem themselves.

I'm kind of reaching here...I really feel like I am.

What I didn't like: Lack of emotion: While the characters were madly in love with one another, you didn't feel it, as the reader. There was more telling than showing. Showing is key. A character can say whatever they want, but actions speak louder than words--especially in books.

Wording/Grammar: Some of the word choice, vaginas being compared to Krispy Kreme donuts--love being compared to gardeners tending roses, it didn't please my reader's ear--and in some cases both the wording and the grammar threw me off.

I tend to only be bothered by these types of things, when they happen consistently throughout the book. Just, FYI. Do not come for me.

The conflict towards the end of the book felt rushed and untimely--not believable.

Things kind of just popped off in an unbelievable way--and the ending felt inexplicable, and rushed--like wayment, how did we get here?

I think I understand what the author was trying to do but pacing and timeliness would have made for a more effective ending and climax.

I'm disappointed that I didn't love this one, but I can't love all the books.

Worth trying if you're into second chance romances and have no issues with endings that will wrap up the story nicely--even if the pacing is off.