When Worlds Collide (The Collide Series, Book One) By Millie Belizaire 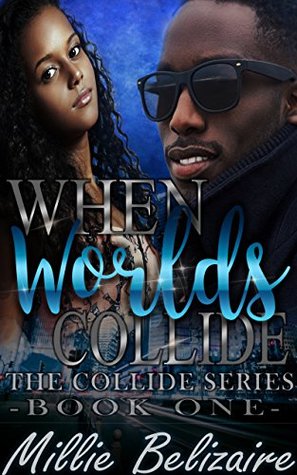 When Worlds Collide (The Collide Series, Book One) by Millie Belizaire
Add to Your Goodreads
Buy it on Amazon
Blurb:

Sometimes love comes unexpectedly...
Lauren is a spoiled daddy's girl, brought up under the protection of Miami's elite black society. With a law professor for a mother, and a state attorney for a father, she has been raised to understand the law down to its most fundamental form. She's what they call, in every sense of the term, a Good Girl. As her father prepares to take on the biggest case of his career--going against Miami's most notorious kingpin, Silas Montgomery--tensions begin to rise, and our Good Girl becomes Silas Montgomery's newest target. Now on the radar of the most dangerous man in Miami, Lauren's perfect world goes up in flames. Everyday becomes a constant battle to stay alive.Kain is about as close to Silas Montgomery as most people can get. Unlike Lauren's world of sheltered ease, his world is dark and dangerous. He's been raised by the code of the streets, hardened by life's harshest lessons. Not many people are out here doing Kain any favors. Especially not the kind of favor he extends to Lauren. Protection--that's what he offers her. Protection from the most dangerous man in Miami.Lauren and Kain's story is tale of love crossing over to the different side of the tracks. Their's is a tale of what happens when worlds collide.

Okay, so when the author asked me to review this, I'm like okay cool. Sure.

But y'all, this book was bomb.

Lauren is well off. Her father is the state's attorney general, and her Mama and twin sis are sadity hoity toity types.

Her father is working on his biggest case yet, a case against the infamous Silas Montgomery--when her twin drags her to a party.

At this party she not only comes face-to-face with a dire situation, but she meets Kain.

Meeting Kain and being face-to-face with a death threat--changes the course of Lauren's life.

Lauren is an integral if not the focal point of this story, but I need to take a second to talk about my man, Kain.

Kain was everything. While I felt the book could have easily fallen into the upper YA genre, Kain was all man.

At only nineteen, his character was goals. He was the epitome of street and sweet.

His fierce and accessing eyes, strong but quiet personality were just what I needed, after not being too pleased with my latest reads.

I've had to DNF a few--but we won't dwell on that.

Kain would say things, and I would feel like I could just slide out my seat like putty.

"How the hell does he set fireworks off in my insides without so much as a change in his intonation? Does he even realize that he’s doing it?"

This quote about sums up my feelings towards Kain.

I secretly whispered to Lauren, "Me too, Sis. Me too."

I don't want to give too much away, but you will love Kain for both the obvious things and his flaws.

Lauren was a spoiled princess--but she was neither as weak as she thought she was or as oblivious.

I admired her strength and resolve. Her character was solid--as was all the characters in this novel--and I'm really intrigued to continue to watch her character grow.

Because obvs, after I finished this I immediately pre-ordered book two, outta' support, and sheer need.

This book was good!

It was well-written, really well written. There was obvious attention to detail, pacing, plot and background. Belizaire didn't just write this book, she WROTE it.

I was fully and wholly impressed with the pacing, writing quality, and plot progression. There was nary a flaw.

I could go on and on with the why's and the how’s, but this is quality reading--with a clear talent at the helm.

Just pick up the book, you will not be sorry.

If I had more books like these now, I would be a more avid Urban Fiction reader.

Be prepared for that ending though--cliffhangers ahead. And, I was not prepared.

I was almost, ALMOST, tempted to beg for book two from the author--but I will suffer just a little longer--as the book will be out at the end of the month. 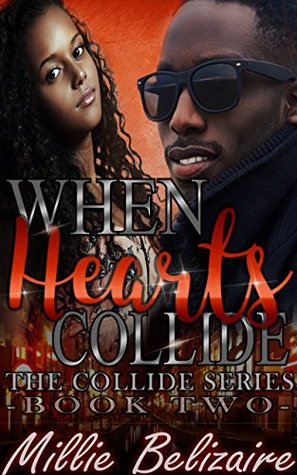