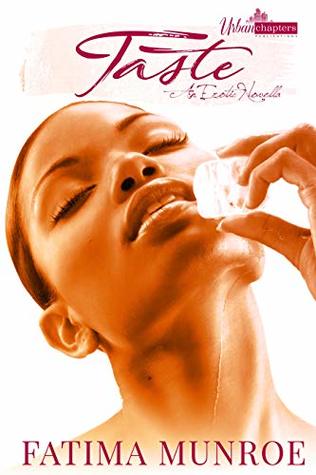 What do you do when you’re married, but your Uber driver is a whole snack? Change your destination on the app and get ready for a ride that will explore all of your innermost passions and desires! Lyric is stuck in a marriage where her and her husband Nolan have become complacent. Determined to be the good wife, she puts on her big girl panties one leg at a time every day waiting for her husband to come around and love her as a husband should. When she sent in her request for an Uber to take her down to the airport for yet another boring business trip, Thaddeus shows up and turns those panties into something more than she imagined. Get ready to take a ride to Nola like no other when Thad shows Lyric that even as a married woman, she still deserves a taste…
Let’s start with a summary. Lyric is going on a business trip to New Orleans. She calls an Uber to drop her off at the airport. She mindlessly gets in, all too consumed with her phone. When she finally makes eye contact with the driver, she’s surprised by how good looking he is. Despite that, she unfairly accesses him, judging his position and his outward appearance. She’s very hoity-toity. She discovers flights are delayed or canceled before they make it to the airport, and at the last minute asks Thad to drive her to New Orleans, he agrees.

Thad is an a**hole. Period. He’s aggressive sexually, and physically. His overbearing, uber-masculine personality was more than I could handle. All the STFU and take this D, and pushing a woman’s head into your penis in such an aggressive manner was a bit too much for me. It was the farthest thing from a turn-on. Any libido I might have had before reading these sex scenes has since passed. Please send flowers.

The author paints Thaddeus as a domineering almost Christian Grey-Esque, DOM personality, but he’s just overbearing and inappropriate. I almost called the authorities several times. There’s nothing sexy about a man treating a woman like a whore. Even in his internal dialogue, he talks about women like they’re holes to fill and yikes!

This sets off a fire of need and desire between the pair.  The sex. I don’t think I’ve ever been so uncomfortable. There’s dirty sex, and then there’s something else. This book straddles that grey area. Something was disturbing about Thad’s aggressiveness and Lyrics willing submissiveness. It felt very predator, prey.

After a short tryst, once Lyric reaches her destination, she flips the switch.

She realizes sex with another man while married is not something she wants to be a part of, and she dismisses Thad. Thad is in love with Lyric, however, and is not ready to give up so easily.

He begs her to choose differently, and when she doesn’t respond to his texts, he leaves, getting into an accident that leaves him with amnesia. I don’t want to spoil the book completely, but a lot occurs after that, that forcefully furthers the plot unnaturally.

There are a lot of inconsistencies and over-the-top dramatic insistence’s that made the book appear unrealistic.

It’s a shame because the premise is intriguing, but the execution was off. I can’t stand either of these horn dog characters. They lacked depth and thrived as a couple because they were sexually compatible. Any wife who hadn’t been getting any, and gets done right would feel the need to hang on to the D. Without a true emotional connection (falling in love with the P, doesn’t count) there’s nothing that makes the relationship stick. A road trip can’t a romance make; not if it’s over in a few hours.

If you like your men aggressive and your sex the same, this is the perfect book for you. It doesn’t work for me, but it might for you. If STFU and do it is your kink, I’m not here to judge.
at August 15, 2019