Wonder by Christina C. Jones: Alice in Wonderland Gets The Black Magic Treatment 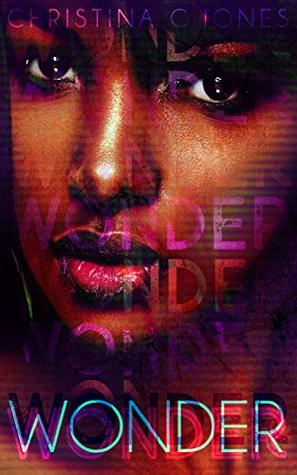 Wonder by Christina C. Jones
Add to Your Goodreads
Buy it on Amazon

It all came down to me. The one who followed the rules never went looking for trouble – I kept to myself. I just wanted to take care of my family. To not constantly look over my shoulder, worried about the things that went bump in the night. I just wanted to survive. But that wasn’t meant to be. As luck – or fate, or something – would have it, the trouble found me. I followed a rabbit through the wreckage of a half-ruined world to get back what was mine and wound up at the end of it. In Wonderland. But there’s nothing magical about it.
Rating Breakdown:
Characters:

I’m out of my seat clapping like that Drake meme like I just watched my favorite player make a killer play.

I’m a proud mother.
Aly, (which is a clever play on Alice, btw) lives in a dystopian-esque world where the poor are poor, and the rich keep getting richer.
All she has is her grandmother—who lives in a “nursing home,” of sorts and her younger sister, Nadia whom she’d give her life for. In Wonder, she gets to prove that when her sister goes missing, in the dangerous part of town—and no way to get back without endangering her own life and her sister’s.
What sets off from that point is the thing that brings the ‘Alice and Wonderland,’ inspiration to helm.
Maddox is a soldier, kind of. His job is to do the bidding of his, “Queen,” Ches, whose rule is questionable but deserves all of his loyalty. He never signed up to save a girl from the other side of town—but he couldn’t rightfully leave her to die. This single decision sets off a rabbit in the hole series of events, that changes all of their lives.
Alice in Wonderland has always been this wacky tale to me. I’d never fully grasped the story or its characters, but it’s always fascinated me. I’ve read a number of re-tellings, all of which I loved.
But, of course, I never imagined the characters as anything other than a blonde girl in a cutesy blue dress, and a rabbit with a pocket watch, running around talking about being late.
I also envision the Queen and her red and black, Queen of heart, minions.
But to imagine this tale as this dystopian-esque, contemporary-ish, fantasy with black men and women at the forefront never crossed my mind. I can’t begin to tell you how much it means though.
Non-black people always like to make it seem like Blacks are doing too much when we advocate for “Black” versions of things, but it’s not so much about the whitewashing, at least it isn’t for me, but more so about being seen. Allowing our children, our teens and the adults even to see black people in positions of grandeur, power, status, happiness. We want black vampires, superheroes. We want the Black James Bond’s and even the Alice in Wonderlands. We deserve stories where the black characters are not always impoverished and stricken with grief.
I can’t say that was the intention here but it brings to the forefront the importance and presence of such stories.
Jones took an old but classic and made it current and her own while maintaining the elements of this intriguing and delirious tale.
Weaved throughout the story ever so cleverly written, the twins, the play on names, the introduction of the two black Queens, the world in which the sisters stumbled—it was all so well done. I won’t get into detail for fear of spoilers—but you definitely get the Alice in Wonderland inflections without it feel repetitive or like a direct carbon copy.
This is a story of delusions of power and wealth. It’s a story of not staying down and fighting for what you believe in. It’s a story in which love and wisdom prevail. It’s a story of the depth of black intelligence and sustainability.
It starts off slow—but takes off in a sprint fairly quickly. The characters are solid, and you’ll care about them. You’ll be amazed by this world, and you’ll be wondered by wonder, pulled in by a story that is so outside of this author’s norm.
I’m proud of this story. I’m in love with it, and I’m proud of this author.
I hope that this is the beginning of many out of the box reads from Jones, because for a first time shot, she hit it right out of the park.
Highly recommended.
Some of my favorite quotes: (They’re strictly romance centered, because I am a sap—but this book is not heavy on the romance, so don’t go looking for a contemp’ romance, this book is more than that.)
“Trust me, Alyson –what I’m about to do to you doesn’t have shit to do with pity.”
“Doesn’t matter where I am –if I say I’ve got your back, I’ve got it. Okay?”
I reached for her hand, pulling her close enough to tuck under my arm. “Do you think I don’t consider your feelings an emergency?” “Mad…” “I’m serious,” I insisted. “If we’re apart, and you need –or want –to talk, I consider it a priority because I consider you a priority.”'