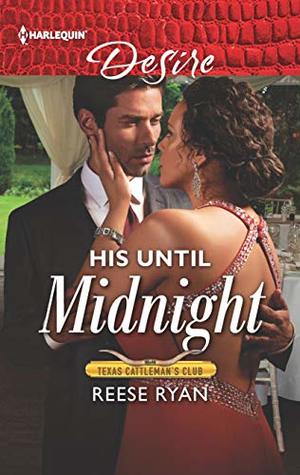 To the highest bidder goes…A friendship with benefits?When Tessa Noble takes the stage at a charity auction after a sexy makeover, her best friend, Ryan Bateman, must place the winning bid. It’s definitely not because he’s jealous. Their weekend getaway is a ploy for positive press…or so the rancher tells himself. But soon things take an unexpected turn from platonic to passionate, catapulting the couple far beyond the friend zone…


Review
4 out of 5 stars
His Until Midnight is a Cinderella-esque tale of love between friends.
Tess and Ryan have been best friends from childhood to adulthood. Tess has been crushing on Ryan for some time now, but he only sees her as his best friend. At least that’s what she thinks, until a bachelor auction—she soon discovers her feelings are far from one-sided.
Thought it all happens like a whirlwind, the reader is quickly engaged in a romance that is as feisty and sexy as it is mature and heart-warming.
His Until Midnight has all the workings of a Harlequin romance, two good-looking characters, a romance that builds up until its crescendoes into moments of passion, and love—and backstory that’s not too deep, but it’s worth reading about.
The sex is intense and passionate. The cast is realistic and intriguing.
Though I’ve only ever read one Reese Ryan title this is my favorite of the two.

At under 300 pages, the book packs a sexy and romantic punch, one that is worth reading and is a worthwhile addition to this ongoing series.
Romance readers will rejoice and cheer on this best-friends-to-lovers story.