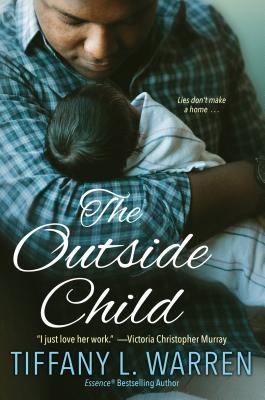 Outside Child by Tiffany L. Warren
Add to Your Goodreads
Buy it on Amazon
Blurb:
All of Chenille Abrams' dreams came true the day she married NFL star Brayden Carpenter. He's the down-to-earth, loving, and protective man she never thought she'd find. And with her own successful career, Chenille plans to be more than just a famous athlete's wife. She's determined to balance work, marriage, and motherhood, as the couple awaits their first child . . .Until their son is born with a crippling heart ailment. Until a devastated Brayden starts putting his career above everything else. And when tragedy strikes, Chenille struggles to find a reason to go on--as Brayden takes comfort from anywhere but home . . .Little by little, Chenille picks up the pieces as she and Brayden try to make their marriage work once more. But when he fathers a baby that the mother can't keep, will this be the final blow? Or can they find a way past betrayal into unexpected hope--to at last have a future worth everything?

Brayden is a budding NFL player at the time he meets Chenille. She's this chocolate sista, with sass, attitude and a growing business.

Brayden is the kind of guy that doesn't fit what one would expect an NFL player to be like. He's not described as being very large. I get the impression he's kind of regular, degular-- just fit. He's not running around with a bunch of women. He's kind and seems personable.

He meets Chenille and falls in love with her ebony skin--and her drive.

They fall together--and love and all the rest ensues.

This book is...boring. I can't think of a better way to describe it. It's not poorly written at all. It reaches it's climax far too late to make a difference for the story--we're talking about 91-100% for the drama. Far too late to matter.

Man, I wanted to like this one so much more than I did. But like I said the conflict happens way later in the story. It was a perfect portrait that someone spilled juice on.

I don't have many words or much thought on this novel, just that I was bored.

I want to see more of what this author can do, but I won't be rushing into it.

Read at your own risk, slow-moving, some romance--and not much else. 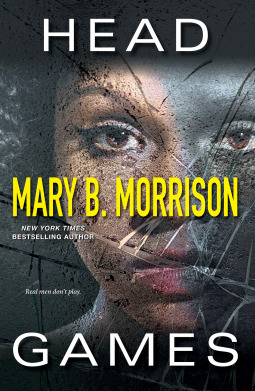 Head Games by Mary B. Morrsion
Add to Your Goodreads
Buy it on Amazon
Blurb:
New York Times bestselling author Mary B. Morrison delivers a sizzling, twist-filled tale of four competitive friends, a dangerous bet—and high-stakes consequences no one can afford to win . . .

From childhood games to career challenges, Trymm, Dallas, Kohl, and Blitz have stayed the best of friends—and each others’ toughest competition. These bachelors live to party up, sex it down, and get it all. And now they’re betting on which of them can “date-and-dump” the most women in a month—and post the proof on social media. Winner takes all: a cool million dollars. But this game is about to get all-too-real . . .

Trymm has no problem bedding married women looking for quick-and-dirty satisfaction . . . until he falls hard for one he can’t have. A cynical ex-soldier battling PTSD, Dallas woos a hopeful bride to exhaust her savings for picket-fence promises—just to humor his boys. Kohl enjoys his best one-night stand with a mysterious beauty—but his recklessness backfires big time after he exposes her. And Blitz thinks he’s giving a powerful Fortune 500 executive the business—until he gets played . . .

Now everything they care about most—money, family, and friendship—is on the line. All the right moves won’t keep them safe—especially from each other. And the only way out of the game is to concede or risk everything on a dangerous gamble they can only lose . . .


Review
DNF'D
I do not write DNF reviews, because they don't feel fair to the reader.  I didn't finish the book, so how can I write a full review?  However, some books evoke such strong emotions out of me that I find being silent--darn near impossible.

I've never read any books by this author but I've seen her books around--like a friend of a friend. You don't know them, but you know of them. This was like that. As if I finally sat down and actually got to know this friend that often came around--but never got acquainted with.

This book surprised me, not in its goodness, but in the misogyny, the stereotypes, the hate of blackness, and black women.

The book starts off with the line: "Black women are easy, homies."

Despite rolling my eyes, I trudged on in hopeful hopelessness.

The characters proceeded to push the fu** boy agenda by creating a bet to sleep with the most women and make them fall in love.

I was even more disturbed but kept going--trying to disassociate my distaste for these fictional characters with my own feelings of disgust. They were aplenty.

However, once the characters private parts starting crawling up the back of his latest big-breasted conquest, and they started unknowingly filming said conquests. I was at my wit's end.

For someone whose tagline reads: "eradicate double standards..." As well as speaking on the side of a victim in efforts to help women understand that domestic violence and rape were not the faults of the women. This book strongly speaks against that.

It's misogynistic, stereotypical--and just plain 'ol raggedy. I may revisit this novel again one day and read it through completely. Just to see if the book can rectify itself but my hopes are not high--at all.