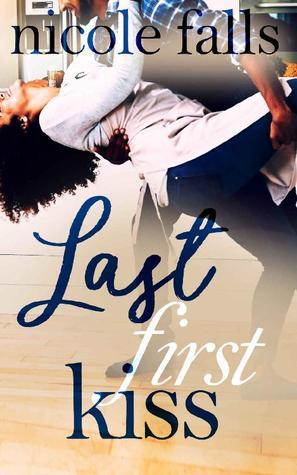 Last First Kiss by Nicole Falls
Add to Your Goodreads
Buy it on Amazon
Blurb:
Despite her own dumpster fire of a love life, Calista Franklin is a hopeless romantic. Unfortunately, her life is filled with an amount of busy that precludes her from dating and finding Mister Right. Her best friend’s sudden nuptials, however, place an unexpected opportunity for love within arm’s reach. Kirk Langley is suddenly thrust into being a single parent upon the untimely demise of his brother and sister-in-law. Balancing caring for his six-year-old niece in addition to running his own business leaves little time for dating. But when his closest friend drops the bomb that he’s getting married, Kirk’s forced to spare some time to get to know the maid of honor. Neither were looking for love, but their close proximity during the wedding planning process draws Calista and Kirk close, allowing them to find in the other what they didn’t know was previously missing.
Review + Rating
4 out of 5 stars
From book to book, the one thing you can count on with Nicole Falls' books is that they will make you laugh. First Last Kiss was no different. From the first page to the last one, humor is the star of this romantic comedy.

Calista is what I imagine Nicole to be in real life. I could feel more of Ms. Fall's voice in Calista's character. Outspoken, but oddly coy, funny in an unintentional way--and extremely down to earth.

Calista wasn't looking for love but found it in the arms of a man named Kirk. Despite carrying the name of a man we all know to be trifling--that is if you watch Love and Hip Hop Atlanta, and there is no need to pretend you don't. Kirk is suave and attentive, and an all-around stand-up guy.

Taking on the responsibility of raising a child that's not his--and so hands-on, is definitely an admirable trait. Together the two, Cali and Kirk fought the inevitable--and the reader gets to enjoy the journey.

That is one thing Nicole specializes in, bringing two people together despite the circumstances and keeping them together in spite of them.

Calista's best friend is getting married to a man she seemingly just met. Although it catches Cali off guard, she's thrilled for her bestie--and is in full on plan mode--when she's thrust into Kirk's company more often than she intended--because Kirk is her bestie's fiancee's best friend. (Whew, that felt like a mouth full.)

I enjoyed the overall relationships in the novel because if you are an avid reader, you know that secondary characters are just as important as our MC's.

From the outspoken bestie, the not so well physically Mama, to the unassuming but funny fathers, they all played a crucial role in the progression of the story.

I love a good solid black family, and there was no shortage despite the interesting circumstances.

It was a treat to watch it all happen.

Note, this is not a quick moving read by any means, it all happens in real time movement. That is until you get to the end, where things are sped up, and completed with a realistic and smile-inducing HEA.

This is typical Nicole Falls romance, humorous, realistic--and pro-black. I love what she does for black romance, and in black romance. Y'all already know I love me some Nicole Falls. So, do what you know needs to be done--and grab yourself a copy of her latest read--because you know I would never steer you wrong.
at August 09, 2018