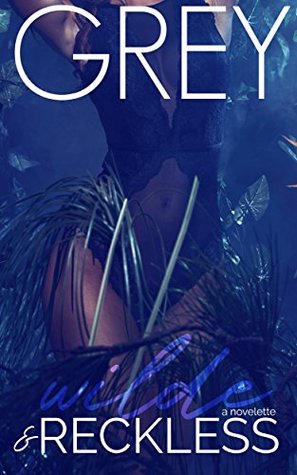 
Wilde Roads was dealt an evil hand in life, but is attempting to make the best of her situation without complaints or the need for recognition. Her story plays out the same each day with caring for her sickly son being top priority. The lack of insurance has her up to the neck in medical bills, which encourages to Wilde to pursue a life outside of the one she’d imagined for each of them.

Some nights are wild.

But, the night that she encounters Jhalil Hanover, mayor of the city, Wilde falls victim to both. 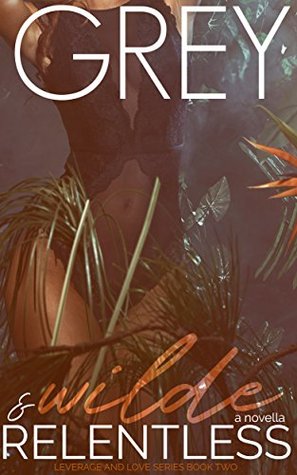 Blurb:
He told me if he had the choice, he’d choose me every time. Me. Wilde Roads. ** Months after their 24-hour encounter, thoughts of Wilde are still in heavy rotation. While Jhalil has made efforts to suppress his desires for the damsel in distress, his efforts prove useless when an unsuspecting visit catapults them both into familiar territory -laced with lust, agonizing desperation, emotional comfort and fulfillment beyond one’s imagination. Exotic dancer and Mayor of Channing City seems like the perfect scandal to bring a screeching halt to Jhalil Hanover’s reign. Yet, not even the threat of public humiliation could hinder his plans of pursuing Wilde Roads. In the steamy continuation of the Leverage and Love Series, Jhalil has no boundaries. He’s Wilde. He’s Relentless. 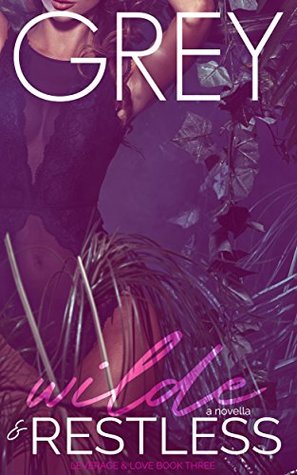 
Our union was a blessing


Without him, I was Restless.


The Leverage & Love series continues with Wilde & Restless. In this follow up, Mayor Hanover and Ms. Roads agreed to part until Wilde felt she was adequate enough to withstand the overflow of love that Jhalil was ready to afford her with.


But, as we all know, distance makes the heart grow fonder. Wilde holds up her end of the bargain, but finds herself overwhelmed with the restless nights and days that seem to linger without the presence of her loved one. Jhalil, Relentless without shame, succumbs to his urgency to have her at his side once and for all after a brief brush in passing.


Even the Wilde gets Restless.

In an effort to give the author a chance to redeem herself, I picked up the Wilde and Reckless series.

Can I just mention how frackin' confusing these covers are, unless you use your bionic eyes to decipher what number you are on at the bottom, you may find yourself in the wrong order?! The covers are only distinguishable as different from the different colors.

That was crazy annoying.

To be honest, they were slightly, and I mean marginally better, but the writing itself was still lacking--and I don't see myself picking up any more of this author's books. It's just not there for me, on a writing or storytelling level.

Wilde is an exotic dancer, who dances solely for the purpose--of paying her son's extensive medical bills.

One day, on her way out--she's commandeered to dance for the Mayor. The mayor just needs to unwind, and Wilde is exactly what he needs.

Their love rather emotionless focused solely on the explicit physical attraction between the two.

Jhalil, wants nothing else but Wilde, despite her resistance.

It's all kind of written out from there. Girl resists guy. The guy fights for her love, blah, blah, blah.

Book one serves as an introduction to Wilde's life and reasoning and peeks into Jhalil's struggle with being Mayor.

It all happens pretty fast and then it's over--ending on the precipice of a promised relationship.

Book two: The beginning of this had me in a complete state of confusion. I actually went back to Amazon to ensure I hadn't downloaded the wrong number in the series.

But it was a dream sequence that was not signified by a change in font--or even a hint of what was going on. I think the author was going for dramatic effect, but I was just confused.

The story pretty much continues in the same vein of need, and want.

Look, if a sexual connection is all you need in a book, who are me to judge?

Wilde still fights their connection, but of course, she relents when she realizes she doesn't want to be away from him.

Book two has the same grammatical issues it does in book one--inconsistent and misused phrases. I don't have the energy to cite them.

As I mentioned they're not as bad as half and half, but it could've been helped.

The ending of book two is another melodramatic, cliff-hanger.

Book three finds us at the height of the drama from the ending of book two.

This was by far the better of the three. Real emotion started to show up. While I'm still feeling kind of meh about the story in general, I can give props where they are due.

The third novel although not five-star worthy seemed more flushed out, and solid in comparison to the first two.

Book three is the conclusion to a love, that I was not wholly convinced of, but slightly entertained by.


Without breaking down what each book entails for fear of spoilers. They all follow the same storyline, and in that regard, flow well--aside from that odd beginning in book two.

While I probably won't bother picking up any more of this author's books, I think there are signs of growth, and there might be something to find here, if you like your romances rough around the edges--and don't mind a lack of romance, but a lot of drama, and sex.
at May 18, 2018