Security Breach by R. Waites: Can a Character be Too Good? 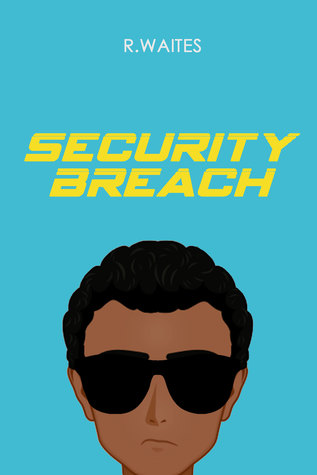 An action-packed novel introducing the dazzling and dangerous world of the Syndicate Series! Dwayne Walker always tries to stick to the program and avoid trouble. He’s a citizen of the flourishing Emerald State and a specialist in the demanding arena of state security. He is more qualified than most of the guards in his father’s strictly and efficiently ran security business, but strangely enough he still only has a temporary guard ranking. Dwayne decides to prove himself and embarks on a catastrophic caper with a frenemy after he makes him a tempting offer. What starts off as a slightly bad situation, evolves into a terribly awful one. Dwayne finds himself at the wrong places at all the right times and has to stay true to himself to protect the innocent and make it out alive.

I'm not sure what genre this book falls into it, because it read very young adult, but the characters were upper teens, so maybe New Adult?

Anyway, the fact that I felt like the book was young adult was for a reason--the book was a little juvenile. I'm still unsure if that's a bad thing or not.

Dwayne works for his father's security company, as a syndacite--which is a pretty lowly position, considering the length of time he's been there, and how hard he works. But, he's put himself last before anything else, and he's okay with being a syndacite--what he's not okay with, is his father's opinion of him.

He definitely thinks Dwayne could be doing better--and this is how Dwayne finds himself on a fool worthy mission to obtain paperwork, that might just change his position and his life.

Dwayne was a decent character, in that he always tried to do the right thing, and he always meant well, but he still found himself in a precarious situation--having to save a bunch of girls, two teens, and his own butt.

I appreciated his good intentions, but it made this action novel a bit boring. He never wanted to go against the grain, wasn't much fire or fight in him. I wanted so badly for him to not be the good guy, for at least a second.

Don't get me wrong good guys are great too, but for this type of novel--a little bit of bad ass-ery would have been nice.

He wound up saving the day, but it was as expected. Everything worked out a little too perfectly, and orderly. Kind of disappointing.

The secondary characters were interesting. I liked their bickering, gave the story some needed spice--despite the juvenile nature of their arguments.

I wasn't completely disappointed in this one but it's definitely better suited for a younger audience.

I read young adult, but this one was a little too "young" for me, and a little bit more lackluster than I cared for.

The bright side to this is that it's a series, so there's room and potential for the story to get better. I'd like to see where the author takes the story, so I'd be open to reading book two.

Negatives: Despite it's short lenght, it was slow reading.  Too good, of a good guy.  Too clear/clean cut.

Conclusion: Better suited for a younger audience, but a decent read with potential.
at April 24, 2018