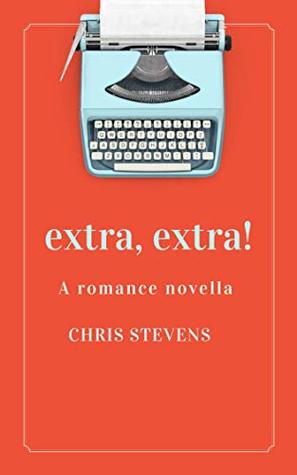 Extra Extra
Add to Your Goodreads
Buy it on Amazon

Lamont Carter is a workaholic journalist who rarely has time for anything other than the next breaking story.Chantelle Ingram is a dancer, a dreamer, and a recent divorcee fresh out of a bad marriage. When Chantelle moves into Lamont's building, they literally run into each other and the sparks begin to fly. But will their busy lives, internal issues and a jealous ex stop the presses altogether?


Extra, Extra is a low-key romance, with very little bells and whistles. It stayed low drama until the very end where the climax rose and fell just as quickly as it started.

Lamont is the owner of the 302 Tribune, a black-culture-focused newspaper in the throes of its beginning but is quickly gaining traction and celebrity. The paper has a small but reliable staff, with an elder gentleman acting as the editor, and acting father to our MC, Lamont.

In the very building that houses the Tribune, is where the love-interest, Chantelle is now working. Newly hired as the property manager, Chantelle meets Lamont when her father crashes into him mistakenly while moving in. The chance encounter brings the two together in an organic, low-pressure way.

There’s enough back story on both characters to get the reader invested enough to care about the story they’re reading.

It’s a cutesy, but not overly cute, simple contemporary romance that will whet the appetite of romance readers, while staying low key, and not doing too much. It is a quick read that’s a perfect filler, for a slow day, at just $0.99.
at July 29, 2019