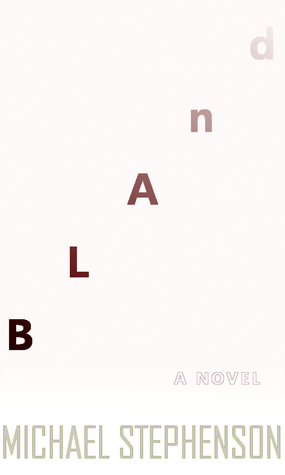 Bland Michael Stephenson
Add to Your Goodreads
Buy it on Amazon

To become what you dream to be, the old you must DIE!Getting ahead takes sacrifice, commitment, and the ability to “integrate” into the company culture while abandoning your own culture. Alaminti has heard it all from her boss before. As one of only two black women in her office, even she’s the one idea she has resisted. That idea? That the odds against blacks and other minorities, black women especially. This is no more to her than when the newest hire gets what should have been Alaminti’s promotion. Just over ten years of dutiful service ignored for flimsy reasons. She’s grown tired of that narrative. But work is the most important thing in her life. There has to be a way to get ahead. is. Things change when she to join a mysterious group that promises untold success. “We make dreams come true.” All Alaminti has to do is make it through an extended initiation process that far exceeds the bounds of normal. In fact, what they want her to do is outrageous, unsafe, maybe even deadly. But with her life both at home and at work stagnant, she gives in to quiet desperation. Little does she know how things will change, how much she will change, how much she will lose. For only after the process begins do her nightmares start, her sanity falters, the “beasts” come, and she grows obsessed with asking her mirror one question: What am I becoming?
Bland is the weirdest book I've ever read. With the essence of satire; Bland is unlike any approach to blackness in literature I've ever read.
Reminiscent of Get Out with the gore of US, Bland tells a unique story of blackness and whiteness—and how they clash.
This is one of those books you don’t have to do much to get, but there is a lot it that will require more in-depth attention to detail.
But, I will say this when I talked about it out loud, I realized how genius it really was.
Imagine being black and getting skipped for every single promotion for every single undeserving white person in the company? Easy, I’d imagine. That’s where is. She’s been working hard at her current job for years, but a promotion seems to keep abating her.
She’s finally had enough. But, it’s how she goes about it, that changes the course of her life. At the loose recommendation of a friend of a friend, agrees to several procedures. As a result, she will get the promotion she so desperately wants. A nip and a tuck here is what she agrees to, but they take more than that every single time.

Changes in her outward appearance and even her tastes ensue with every operation. And, Y'all, it is something to read. With these changes, so comes the changes to the things and people around her. When did her co-worker get such a huge butt and hips? And, just what are those creatures she keeps seeing? Are they even creatures at all?

The book is weird. At least its approach is. It is . The blurb is a little vague—but it's a rollercoaster ride.

Every action, and sentence is intentional. I had to sit back and digest it to see the bigger picture. at the back of the book. It will have you nodding and shouting out in agreement. Bland gets it. Stephenson gets it.

I don’t want to get into much of the detail for fear of spoiling it. But this book is like an onion, every layer revealed an even more in-depth look at blackness juxtaposed to whiteness. And, gosh it’s good. Because it makes sense; and it makes sense of it all.

I want to be more articulate and explain the idiosyncrasies and underlying meanings, but it's best you read it and develop your own understanding.