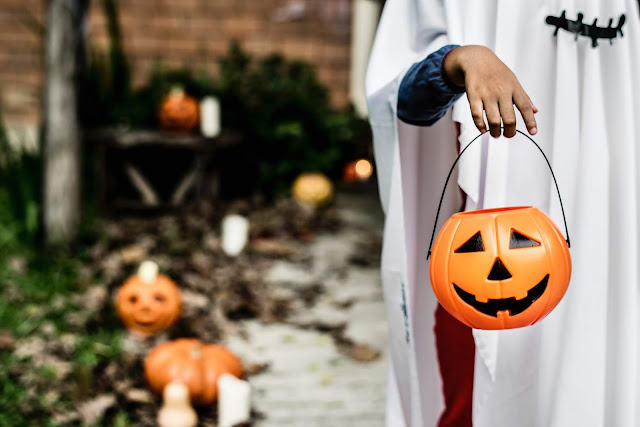 1. How To Recognize A Demon Has Become Your Friend--Linda Addison

Who doesn't need to know How To Recognize A Demon Has Become Your Friend? From the first African-American to receive the HWA Bram Stoker award, this collection of both horror and science fiction short stories and poetry reveals demons in the most likely people (like a jealous ghost across the street) or in unlikely places (like the dimension-shifting dreams of an American Indian). Recognition is the first step, what you do with your friends/demons after that is up to you.

Imagining vampires at the heart of the social struggles of 1920s, Moonshine blends a tempestuous romance with dramatic historical fiction, populated by a lively mythology inhabiting the gritty New York City streets.Zephyr Hollis is an underfed, overzealous social activist who teaches night school to the underprivileged of the Lower East Side. Strapped for cash, Zephyr agrees to help a student, the mysterious Amir, who proposes she use her charity worker cover to bring down a notorious vampire mob boss. What he doesn’t tell her is why. Soon enough she’s tutoring a child criminal with an angelic voice, dodging vampires high on a new blood-based street drug, and trying to determine the real reason behind Amir’s request — not to mention attempting to resist (often unsuccessfully) his dark, inhuman charm.

3. Fledgling--Octavia Butler
Fledgling, Octavia Butler's new novel after a seven year break, is the story of an apparently young, amnesiac girl whose alarmingly inhuman needs and abilities lead her to a startling conclusion: She is in fact a genetically modified, 53-year-old vampire. Forced to discover what she can about her stolen former life, she must at the same time learn who wanted - and still wants - to destroy her and those she cares for and how she can save herself. Fledgling is a captivating novel that tests the limits of "otherness" and questions what it means to be truly human.

Sasha Trudeau knows all about working beneath the shadows, back-alley deals, and things that go bump in the night. She also knows that the world is unaware of the existence of the paranormal—and that the government would like to keep it that way.
As a highly trained Special Ops soldier, Sasha and her team are an elite group of individuals who are survivors of werewolf attacks, now trained to be loyal to only to each other and their government. But when she returns from a solo mission, she finds that her team has mysteriously gone missing. Shocking government conspiracies, double-dealing vampires, and a host of stunning revelations about who—and what—she really is are only just the beginning…

5. My Soul To Keep--Tananarive Due
When Jessica marries David, he is everything she wants in a family man: brilliant, attentive, ever youthful. Yet she still feels something about him is just out of reach. Soon, as people close to Jessica begin to meet violent, mysterious deaths, David makes an unimaginable confession: More than 400 years ago, he and other members of an Ethiopian sect traded their humanity so they would never die, a secret he must protect at any cost. Now, his immortal brethren have decided David must return and leave his family in Miami. Instead, David vows to invoke a forbidden ritual to keep Jessica and his daughter with him forever. Harrowing, engrossing and skillfully rendered, My Soul to Keeptraps Jessica between the desperation of immortals who want to rob her of her life and a husband who wants to rob her of her soul. With deft plotting and an unforgettable climax, this tour de force reminiscent of early Anne Rice will win Due a new legion of fans.

6. Brown Girl in The Ring--Nalo Hopkinson
The rich and privileged have fled the city, barricaded it behind roadblocks, and left it to crumble. The inner city has had to rediscover old ways--farming, barter, herb lore. But now the monied need a harvest of bodies, and so they prey upon the helpless of the streets. With nowhere to turn, a young woman must open herself to ancient truths, eternal powers, and the tragic mystery surrounding her mother and grandmother.She must bargain with gods, and give birth to new legends.

7. The Ballad of Black Tom Victor La Valle
People move to New York looking for magic and nothing will convince them it isn't there.Charles Thomas Tester hustles to put food on the table, keep the roof over his father's head, from Harlem to Flushing Meadows to Red Hook. He knows what magic a suit can cast, the invisibility a guitar case can provide, and the curse written on his skin that attracts the eye of wealthy white folks and their cops. But when he delivers an occult tome to a reclusive sorceress in the heart of Queens, Tom opens a door to a deeper realm of magic, and earns the attention of things best left sleeping.A storm that might swallow the world is building in Brooklyn. Will Black Tom live to see it break?

In this wry take on the post-apocalyptic horror novel, a pandemic has devastated the planet. The plague has sorted humanity into two types: the uninfected and the infected, the living and the living dead.

Now the plague is receding, and Americans are busy rebuild­ing civilization under orders from the provisional govern­ment based in Buffalo. Their top mission: the resettlement of Manhattan. Armed forces have successfully reclaimed the island south of Canal Street—aka Zone One—but pockets of plague-ridden squatters remain. While the army has eliminated the most dangerous of the infected, teams of civilian volunteers are tasked with clearing out a more innocuous variety—the “malfunctioning” stragglers, who exist in a catatonic state, transfixed by their former lives.

Mark Spitz is a member of one of the civilian teams work­ing in lower Manhattan. Alternating between flashbacks of Spitz’s desperate fight for survival during the worst of the outbreak and his present narrative, the novel unfolds over three surreal days, as it depicts the mundane mission of straggler removal, the rigors of Post-Apocalyptic Stress Disorder, and the impossible job of coming to grips with the fallen world.

And then things start to go wrong.

Both spine chilling and playfully cerebral, Zone One bril­liantly subverts the genre’s conventions and deconstructs the zombie myth for the twenty-first century.

9. The Resurrectionist Wrath James White
Dale has the miraculous ability to heal and raise the recent dead. But he's also insane. When he uses his power to brutally kill the woman next door, night after night, no one will believe her impossible story, so it's up to her to find a way to end the living nightmare.


10. Within The Shadows Brandon Massey

Be Careful What You Wish For At just thirty-one, Andrew Wilson has it all: close friends, a great house in an Atlanta suburb, and a successful career as a mystery writer. Only one thing is missing—a special person to share it with. Then one day he meets someone new, a woman who seems almost too good to be true.

Beautiful, smart, and sophisticated, Mika Woods is everything that Andrew has ever wanted and more—at first. After one night of passion, Andrew soon discovers that Mika isn't quite who she appears to be. Or even what she appears to be.
But it's too late to turn back. Mika has been waiting a lifetime for a man like Andrew. And what she wants, what she desires, she will have—no matter who has to die…
at October 26, 2018