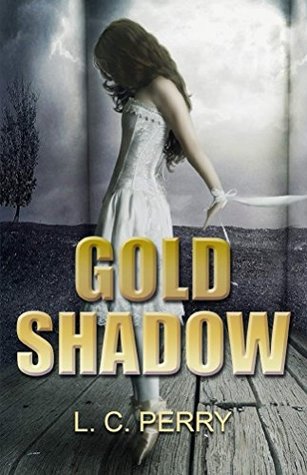 Gold Shadow by L.C. Perry
Add to Your Goodreads
Buy it on Amazon
Blurb:
In the North American continent, eighteen year old Ebony has been living as a slave for as long as she can remember. The underground cities, the tattoo, the scars and the shackles are a part of the only world she has ever known. She knows that in order to survive, she will have to stay strong. And she will stay strong, cursing those in power, until her very last breath. She waits for a meaningful way to die as she quietly pushes her body to its limit…but that all changes when rebels from the surface drop down right in front of her. Now, Ebony is challenged to envision a life beyond slavery as she and the other escapees are thrown into the center of a rebellion against the monarchy. She has to embrace this glimmer towards a real life…this glimmer called freedom. But what can she contribute to a rebellion that is doomed to fail like those before it? How can they stop a corrupt monarchy that has lasted for a century? Among the lower class, those with hope are hard to come by, but Ebony has found refuge with people full of it. And through their strong desire, an idea emerges…one that has never been done before. The princess of the country is coming of age and what better way to send a message to the king and queen than to kidnap their only daughter?


Review
4 out of 5 stars
Though lengthy, Gold Shadow held a lot of depth in its pages--keeping away from boring the reader with a bunch of details and world-building--though there was a bit of it. The author took great care to showcase this dystopian-esque world with descriptive passages, solid thought-out characters, and engaging writing. It took me quite some time to get through this one, as I tend to read even slower when the novel is long--and this was pretty long. But, I was able to be fully engaged--and enjoy the story for what it was, a very Divergent-esque dystopian that had a lot of solid characters and a decent amount of backstory for its type.These type of novels (Fantasy, Dystopia) tend to be info dumping breeding grounds. They tend to focus heavily on convincing the reader of the world the author created.While this does not lack the necessary information to grasp this particular world, the author did a fantastic job of providing just enough drama and action to keep the reader enthralled without boring them to death with the details.I'm pretty impressed with this one and I look forward to getting into the series. It's diverse and plotted well. I'd recommend it.
at September 27, 2018